On behalf of Te Mana o Ngāti Rangitihi Trust, Chairman Leith Comer is delighted to announce the appointment of Anthony Olsen (Ngāti Rangitihi, Ngāti Tūwharetoa, Kāti Māmoe) to the role of General Manager for the Trust.

Anthony steps into this newly created role with a strong breadth of experience. Born in Nelson and raised in Wellington, he is a strong leader, and committed to working in the best interests of our Iwi. Importantly, he is a passionate supporter of our whenua in the Bay of Plenty.

As many of you will know, Anthony is incredibly familiar with our Iwi, and the work of Te Mana, and our region. He spent two years as the Chief Executive of Te Mana, prior to resigning to take on a contract role supporting the Board of Te Mana through its Treaty Settlement. There, he played an integral role in contributing to the facts which led to the development of the Historical Account in our Treaty Settlement.

Prior to being employed by Te Mana, Anthony worked for Boffa Miskell in Tauranga. One of his roles was as the Tupakiri Advisor to SmartGrowth. He also spent seven years as a Resource Management Commissioner. Anthony has spent the last three years in the South Island. There, he was responsible for transitioning the Department of Conservation’s southern South Island region into the largest DOC region in the country. His most recent role with DOC was as their Regional Planner – Treaty & Community, where he was tasked with identifying, and assisting the planning team, in managing, business planning and support for Senior Rangers. He also previously worked as a senior commercial manager in the travel and tourism industries, and as a civil aviation professional with a very strong background in aviation safety. He was previously employed as General Manager for an aircraft maintenance company in Wanaka.

I’m looking forward to having Anthony join the Te Mana Team, the diversity of thought he will bring from his previous experience with Te Papa Atawhai, and his deep knowledge of our Iwi and Te Mana.

We will officially welcome Anthony as GM of Te Mana on Monday 17 May. Anthony will be relocating back to the Bay of Plenty this month and is well geared to take on this new challenge. He is incredibly excited about having the opportunity to lead the Te Mana operations team and support the Board during the implementation of our Treaty Settlement, as is the Trust.

Please join us in congratulating Anthony on this special appointment, and we look forward to his contribution as we enter this post-settlement era in our journey. 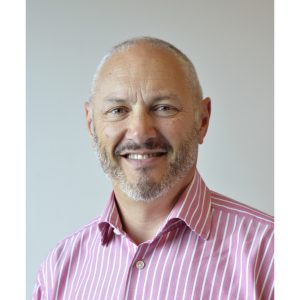